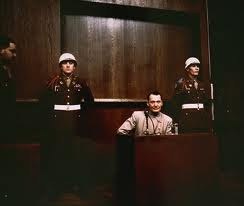 Supreme Court Justice Robert H. Jackson was appointed by President Harry Truman to be the Chief Prosecutor of the 24 defendants who had led the German military and Nazi political establishments. Most notable of the defendants was Field Marshall Hermann Goering.

In their article entitled “Guidelines for Cross-Examination: Lessons from the Cross-Examination of Hermann Goering” (Bench & Bar of Minnesota Vol. 59, No. 9 | October 2002), Scott W. Johnson and John H. Hinderaker, two Minneapolis lawyers, describe Jackson’s “fiasco” cross of Goering and outline the tips for today’s cross-examiners, as follows:

Trial commenced on November 20, 1945, with the appointed British judge, Sir Geoffrey Lawrence, wielding the gavel to call the proceedings to order. "This trial," Lawrence observed, "which is now to begin, is unique in the annals of jurisprudence."

The trial in question, conducted under the auspices of the International Military Tribunal that convened in Nuremberg in the fall of 1945 — the Nuremberg trial — was unprecedented in important respects. Both the prosecutors who litigated the charges and the judges who sat in judgment represented the victorious Allied Powers. The tribunal itself was created and operated under terms of an agreement among the Allies: the London Charter of August 8, 1945. That same agreement formed the basis for the indictment, which charged the individual defendants with four counts — waging a war of aggression in violation of treaties and assurances, conspiracy to do so, commission of war crimes, and commission of crimes against humanity, "whether or not in violation of the domestic law of the country where perpetrated." The 24 defendants included the ranking survivors of the German military and Nazi political establishments; Winston Churchill had proposed, not unreasonably, that they be summarily shot.

Can the cross-examination have been as bad as the literature asserts? If so, what lessons can we derive from Justice Jackson's experience? These are the questions we seek to address. 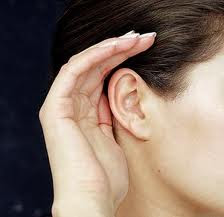 Only three people were present for the killing, and it was not a case of assisted suicide. The defendant was the only person in the world who could have helped the accomplice commit the murder. The defendant didn’t realize what he was saying, but the prosecutor heard it loud and clear. Cross-examination consisted of simply making sure everyone else in the courtroom heard it, too.
Posted by Ronald H. Clark at 4:03 PM No comments: