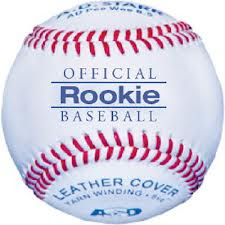 Cross-examination intended to compel the witness to contradict another witness by calling the other witness a liar is called “pitting,” and it is a rookie mistake and reversible error in this nation. Michael E. Tigar noted notes that this isn’t true elsewhere around the world:

“The rules limit your ability to ask the witness on the stand to explain or comment on the testimony of another witness. This is a marked contrast to other legal systems such as the British and South African, in which putting others’ versions to the witness is often done.”
Examining Witnesses, ABA Litigation Section (1972), 155-56.

A typical case is Sullivan v. State, 751 So. 2d 128 (Fla. 2nd Dist. Ct of Appeals 2000) and the court, in reversing the conviction for robbery, explained why pitting is not allowed in this country:

“In Knowles v. State, 632 So.2d 62, 65-66 (Fla.1993), the supreme court held that questions directed to one witness concerning whether another witness lied on the stand are improper for two reasons: first, because witness credibility is a jury question; and second, because the question itself may lead the jury to believe that the witness being questioned is lying.”

The State’s cross-examination of Sullivan which follows illustrates how the prosecutor committed a rookie error:

Q.... You never told those detectives that you were a lookout in this case, huh?
A. No. I didn't.
Q. So you heard them both get up there and say that you told them that, right?
A. Yes, I did.
. . . .
Q. And, now, I guess, you're telling this jury that these two detectives came in here today and got up here and lied?
[OBJECTION SUSTAINED]
Q. You heard those two detectives get up there and say that you told them you were a lookout. Is that true?
A. Right.
Q. Are you saying they lied?
[DEFENSE COUNSEL]: Objection, Judge. This is improper.
[THE STATE]: I'm sorry, Judge. Either one person is telling the truth.
[OBJECTION SUSTAINED]
Q: [THE STATE]: You're saying you never told them that?
A. I never told them that.
Q. But yet they say you did?
A. They said it.
Q. Now, we have two police detectives saying that. You agree to that, that you heard them say that, right?
A. Yes, sir.
Q. And then we have—and you have been convicted of ten felonies, right?
A. Yes.
Q. You do drugs?
A. I have.
Q. And you sell drugs?
A. Yeah.
Q. You do all those things and yet we believe you instead of what those detectives say?
[DEFENSE COUNSEL]: Judge, I object. Can we approach?
THE COURT: Overruled, Counselor.

Pitting is not only wrong but also unnecessary. All counsel needs to do is to make sure the testimony of the witness on cross and of the witness who offers conflicting testimony is clear, and the impeachment will be axiomatic and counsel can make certain with a strong closing argument that the conflict is not lost on the jury.