CROSS-EXAMINATION AND THE ART OF WAR – PART 3 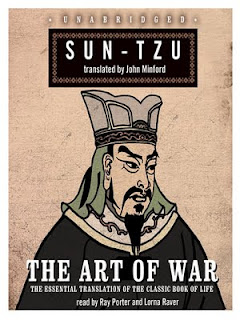 This is the third and last in a series of articles (go here for part one and here for part two) on the principles of war as described in Art of War by Sun Tzu and how those same principles apply to the cross-examination of a witness. The three principles explored here are surprise, unity of command and simplicity.

SURPRISE: “Strike the enemy at a time and/or place and in a manner for which he is unprepared. Surprise can decisively shift the balance of combat power. With surprise, success out of proportion to the effort expended may be obtained. . . . It is not essentialthat the enemy be taken unaware, but only that he becomes aware too late to react effectively.” [Ibid, pp. 10, 11]. Once we have carefully and surreptitiously laid the groundwork, we must end the line of questions with a payoff or punchline that makes the point crystal clear. If we can surprise a witness with a question, we can go a long way toward achieving our aim. There are two kinds of surprise; one is praiseworthy, the other blameworthy.

UNITY OF COMMAND: “Unity of command results in unity of effort by coordinating the actions of all forces and directing them toward a common goal.” [Ibid, p. 10]. On one episode of the fifties radio show, Tales of the Texas Rangers, Joel McRae tells an apocryphal story about a small town sheriff who called the Texas Rangers for reinforcements in dealing with a riot that was brewing. When only one Ranger answered the call, the sheriff asked why. The Ranger replied, “You’re only expecting one riot, aren’t you?” Most trial lawyers have the type of personality that prefers “one riot, one ranger.” We are simply too much the prima donna to ever willingly share the glory with someone else. Some cases, however, are too large and too complex for the Lone Ranger mentality. We need a trial team. Notice I said team. A collection of Lone Rangers pretending to cooperate can be worse than only one Lone Ranger. Every trial team must have a captain, one person who calls the shots.

Marcia Clark, in Beyond a Doubt, reminisces that Gil Garcetti appointed her “co-lead counsel” on the O.J. Simpson case. This decision may not have doomed the prosecution from the outset, but it certainly didn’t help matters at all. Co-lead counsel equals no lead counsel. We must have one vision for the presentation of the case, one interpretation presented to the jury, one single overriding theory for the cross-examination of the witnesses. Many trial advocacy schools have mock juries to listen to opening statements and final arguments and then deliver a verdict based on those arguments. For sake of illustration to the students, different lawyers give openings and closings for the same side. Frequently, the lawyer who closes hasn’t even heard the opening given by his “colleague.” In debriefings, the jurors almost unanimously complain that they were confused by the differing outlooks between the lawyers who opened and closed for the same sides.

The British principles of war do not include “unity of command.” They replace it with “cooperation.” When we express this principle as “cooperation” rather than “unity of command,” we can see that even a solo advocate can violate the principle. For example, it sometimes happens that defense witnesses in DUI cases will, when placed under oath before the fact finder, admit that the defendant was drinking heavily. They may have previously given statements to the effect that he was sober as a judge, but now they come forward with a facsimile of the true facts. What to do? Some lawyers would gleefully impeach them with the prior inconsistent statements about the defendant’s sobriety. Remember, we want “unity of effort by coordinating [actions] toward a common goal.”[Ibid]. If we simply do a friendly cross emphasizing the defendant’s drunkenness, then our facts cohere and cooperate to prove up our case.

SIMPLICITY: “Prepare clear, uncomplicated plans and [ask] clear, concise [questions] to insure thorough understanding. Simplicity contributes to successful operations by reducing the possibility of misunderstanding and confusion.” [Ibid, p. 11]. Especially when we are cross examining experts, we can lose ourselves, the jury, and our case in a forest of complexities. Remember the KISS Principle. Keep it simple, stupid.

Email ThisBlogThis!Share to TwitterShare to FacebookShare to Pinterest
Labels: Art of War, Tips on Cross