WHAT TO DO OR NOT DO ON CROSS-EXAMINATION? - PART 1 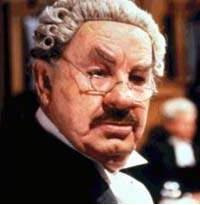 A long time ago in a courtroom in the Florida panhandle, a young man stood trial for Murder in the First Degree. His lawyer, one of the pre-eminent defense attorneys in the area, had done an excellent job of chipping away at the State’s case, casting doubt on the evidence and suggesting that another had actually committed the murder. When the State rested, it was time to call the Defendant to the stand. Any experienced defense attorney would wholeheartedly agree with what Horace Rumpole, the fictional Old Bailey barrister, once said about testifying defendants: “Calling your own client is the worst part of a trial. You can’t attack him, or lead him, or do anything but stand with your palms sweating and hope to God the old nitwit tells the right story.” (John Mortimer, The Second Rumpole Omnibus, p. 13). To begin with, the direct examination went smoothly as the lawyer introduced his client to the jury and walked the young man through enough background information to make the jury decide that the Defendant wasn’t that bad an egg after all.

The questioning then turned to the events surrounding the killing, and the Defendant began to recount his version of the incident. It was at this time that the Defendant’s testimony took an unexpectedly nasty turn.

A: I believe that she is the one that killed the man because -- f*** it, I reckon I’ll just cop out. I have done it, killed him deader than hell. I ain’t going to set up here, I am under oath and I ain’t going to tell no f***ing lies. I will ask the Court to excuse my language. I am the one that done it. They [the one’s he had been accusing] didn’t have a damn thing to do with it. It was premeditated and I intended to kill him. I would have killed him if he hadn’t had no money [to defense counsel] and I know I never told you about it, but I killed him.

At this point the defense attorney rested his case without tendering the defendant for cross examination. The State, however, had the right to question the defendant. How did the prosecutor react to this situation? What would you do in the same situation? In our next post, we will follow the transcript through to its conclusion.

Email ThisBlogThis!Share to TwitterShare to FacebookShare to Pinterest
Labels: Don'ts for Cross-Examination, Tips on Cross