SANDUSKY TRIAL: ASKING THE “WHY” QUESTION ON CROSS 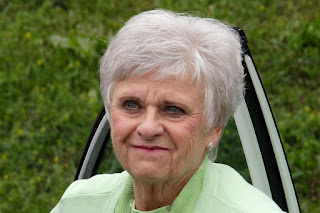 Today, the defense rested without calling the defendant Jerry Sandusky in what has been described as the “child-sex scandal that rocks Penn State.” So, let’s take a look at the cross of the defense’s last witness – the devoted wife Dorothy “Dottie” Sandusky.

Prosecutor Joseph McGettigan didn’t heed the admonition that you should never ask a “why” question on cross-examination during his examination of “Dottie” Sandusky. McGettigan asked if she could think of any reason that the witnesses who accused her husband of sexually abusing them or Mike McQueary, a witness who testified to seeing abuse had any reason that she could think of to lie about these accusations. Generally such an open-ended interrogatory question should be avoided because it turns the control over to the witness and the examiner is likely to get an unfavorable answer.

However, sometimes, such as in this case, the “why” question is appropriate for several reasons. First, the case against Sandusky is strong, with eight men saying that he abused them. Second, Dottie Sandusky, had a built-in apparent bias and could be shielding her husband. Third, her testimony directly conflicted with the accusers’ – she never heard a cry for help from the basement as testified to by one accuser. Fourth, the likelihood that she could advance a more damaging answer than her lawyers had already broached (they did it because they thought they might profit from a law suit against Sandusky) was low.

Given these circumstances, asking the “why” question was justified. And, the answer was helpful to the prosecution: “Would lie?" she asked. "I don't know what it would be for."