CROSS-EXAMINATION TO PRIOR PROBABILITIES 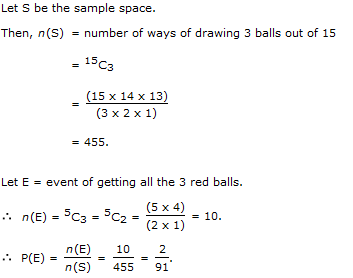 Prior Probability is a term associated with a complex mathematical formula devised by the eighteenth century mathematician Thomas Bayes. You most likely will have to look long and hard to find a simple, everyday-English definition of the term.  I did a quick search of all the usual suspects on the internet (Wikipedia, etc.), and the most lucid definition I could find came from Dictionary.com:

“The probability assigned to a parameter or to an event in advance of any empirical evidence, often subjectively or on the assumption of the principle of indifference.” Here is my homespun definition:  Prior Probability is a common-sense estimate of the      probability of an event made at the outset of an investigation.

For example, the recent book Abraham Lincoln’s Most Famous Case, investigates three accounts of Abraham Lincoln’s Almanac Trial. The most popular story has Lincoln winning the case with a brilliant cross-examination, another says he won it with a brilliant final argument, and the final version says he won it with unethical trickery. Before conducting any investigation to determine the truth of the matter, which version seems most likely based on what we already know about Honest Abe, the author of the Gettysburg Address? That’s the prior probability. At the end of our investigation, we arrive at the posterior probability—what most likely happened? Lincoln’s Most Famous Case investigates these three versions of the story, and renders a verdict on which story has the most posterior probability.

This is a rather lengthy leadup to advancing the proposition that prior probabilities can help us to craft an effective cross-examination. Although it does not use the term, the 1929 book Cross-Examination of Witnesses (by Asher L. Cornelius) describes a method of using prior probabilities in case analysis.
1.      Write a narrative of the case stating the undisputed evidence and the contentions of the parties in the most neutral, nonjudgmental language possible.
2.      Identify the point(s) of contention.

3.      As to each of the points of contention, make a common sense determination which side of the argument seems more likely (has the greatest prior probability). Write down these prior probabilities and the facts which support them.

Here is one of the examples used in the book:

Anderson purchased an apartment house from an owner Baker for $65,000 and paid $15,000 down, leaving a balance of $50,000 to be paid on the contract at the rate of $600 per month. Anderson claimed that the owner Baker, from whom he purchased the property, misrepresented the facts in this transaction, in, the following particulars:

(a) That the rentals from this property of $700.00 per month had been reduced so that they were at absolute bed-rock at the time the transaction was closed and that all of the tenants were prompt' in paying same, and that an expenditure of only about $300 per annum was required for heat.

(b) That the owner represented that all of the apartments were in good repair as to decorations; that the building would easily carry the contract and pay for itself out of the rentals.

Anderson purchased the property, entered into possession and discovered the following facts: ,

1. That it cost him $250 per month for heat;
2. That the tenants were not prompt in paying rent;
3. That heating plant required $500 repairs;
4. That the property lacked approximately $300 per month of paying for itself from the rentals.

Anderson brought suit for rescissions against Baker. The defendant in his answers denied that he made any such representations as above set out. -,
What, now, are the probabilities in this case? The lawyer for the plaintiff, in planning his cross-examination of the defendant and his witnesses should reach the following conclusions respecting the same:

(1) Anderson as a purchaser would be vitally interested in knowing what income the apartment produced. Baker, the owner, had that information. Anderson did not. The probabilities, therefore, strongly support the contention of Anderson that he asked for this information. If Baker had given him the actual facts he would have refused to purchase the property. So, here again, the probabilities support Anderson’s claim that Baker misrepresented the income.

(2) Since heating costs of large apartment buildings vary widely, depending upon the efficiency of the heating plant as well as upon the construction of the building, the probabilities are strongly with Anderson when he stated that he asked Baker what the cost would be and Baker told him. If Baker made any representations at all about the heating costs of the apartment, it would have to be a representation consistent with the purchase of the building by Anderson. Had Baker told the real facts, Anderson would not have purchased.

(3) As to the condition of the interior decorations, the individual apartments being all rented, Anderson did not have access to them and he was compelled to depend on Baker for information. Here again a true disclosure would, in all probability, have blocked the deal.

(4) Since the tenants in the building were none of them prompt in paying their rent, and since Anderson naturally would be interested in making inquiries as to their character, the probabilities are that Anderson did inquire and that Baker concealed and misrepresented the real facts.

Since one of the important objectives in cross-examination is to show that the witness is not testifying truthfully, one forceful method of doing this is to show the improbability of his story by emphasizing facts before the jury which render such story improbable. Counsel, therefore, cross-examined the defendant in, this case as follows:

"Having tried dozens of cases and having conducted hundreds of cross-examinations, I can say that this book will not only be something I review as part of trial preparation but is also a book to be given to new lawyers in our office. For years I have carved out 'thinking time' in my trial preparation to review McElhaney's Trial Notebook. I have now added this terrific book by Clark, Dekle and Bailey."
Randy J. Cox, Boone Karlberg P.C., Missoula, Montana


"Don't wait, you need to read this book before you open another file! This volume illustrates how to plan an effective cross-examination from the beginning of a case. Beginning with discovery, it shows us the essential steps leading to an effective cross-examination. It also explains how to structure each cross-examination to best serve the case theory.
"You won't forget the cross-examination principles because they are vividly illustrated by memorable moments and quotes from famous trials (real and fictional). These examples are essential because they underscore the big ideas in chapters that demonstrate how, who, and why to cross-examine. This is an educational book that you will enjoy reading and re-reading. I know that I will recommend it to my Pre-trial Advocacy students, and I will keep it forever in my reference collection."
Barbara Frost, Seattle, Washington
"I wholeheartedly endorse this book for law students and young trial lawyers hoping to develop their cross-examination skills, as well as for experienced lawyers seeking to improve theirs. As John Henry Wigmore said, cross-examination is the 'greatest legal engine ever invented for the discovery of the truth.' We courtroom mechanics will benefit by adding this tool to our toolbox." (read rest of the review here).
John Day, author of Day on Torts

"I have been looking for a good and current book devoted to cross-examination. This book meets that need."
Philip Thomas (Mississippi)


“Of course, cross-examination has always been a favorite topic of legal authors. But this (Cross-Examination Handbook) take on the subject is an eminently practical, thorough, and readable addition to the canon.”