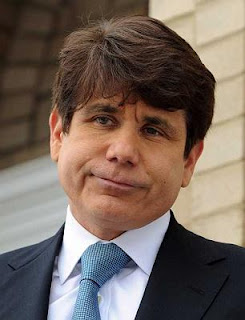 Former Illinois Governor Rod Blagojevich was convicted of 17 of 20 public corruption counts. The ten wire fraud counts carry maximum penalties of 20 years each. The convictions can be attributed to an effective cross-examination by Assistant United States Attorney Reid Schar.

Assistant United States Attorney Schar had a theme for his cross-examination. He started off his cross-examination with that theme when he asked, “Mr. Blagojevich, you are a convicted liar, correct?” Using the Rule of Primacy, Schar started with a strong point that he wanted the jurors to remember. And, it was his theme and story for cross: former Governor Rod Blagojevich was and is a liar.

Schar’s next line of questions carried forward the theme. He directed the witness’s attention to a press conference right after the conclusion of his first trial. In the lobby of the courthouse, Blagojevich told the press that the FBI refused to let him have a court reported at his meeting with the FBI agents. Schar confronted the witness with the untruth – the FBI offered to have the meeting recorded but Blagojevich refused. After wrangling over the point, the witness claimed to not remember. The point was that he lied again.

The concession-seeking technique, which is covered in Cross-Examination Handbook, was repeatedly used by Schar during the cross of Blagojevich to expose him as a prevaricator while on the stand. The essence of the technique is to ask the witness a question that the witness must concede because the cross-examiner can prove is true. If the witness does not concede, the denial will be proven false. For example, Schar asked the defendant if he had asked Service Employees International Union leader Tom Blanoff if he could get a cabinet spot in the Obama administration in exchange for appointing Valerie Jarrett to the United States Senate. Blagojevich denied it, testifying, “I didn’t say I would do one in exchange for another.” Schar could prove his assertion. He produced a November 2008 transcript in which Blagojevich said, “(Jarrett) now knows that she can be a U.S. Senator if I get Health and Human Services . . . I’m willing to trade the thing I got tightly held, to her for something she doesn’t hold quite as tightly.” To drive the point home, Schar asked the accusatory question, “You’re the one who used the word 'trade.'”

Schar returned again and again to his theme – Blagojevich lied before and the evidence shows he is lying now to you. Blagojevich did not sway the jury with his testimony.
Posted by Ronald H. Clark at 1:38 PM