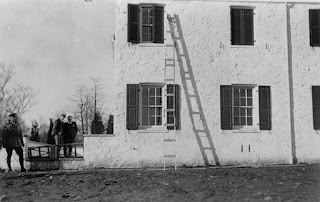 Questioning is a cooperative effort. The examiner suggests facts to the witness, and on the basis of the presupposed facts, requests additional information. The witness adopts the suggested facts as true and provides the requested information. Consider the following simple exchange:

Because cross-examination presents a situation where the witness is often unwilling to cooperate, the questioner is allowed to ask questions coercively by leading the witness. Where normal questioning works from agreement to disclosure, the ideal leading question works from disclosure to agreement:

Q: Your name is John, isn’t it? [Voicing the disclosure and calling upon the witness to agree].
A: Yes. [Voicing the agreement].

Many witnesses, however, are not hostile to the cross-examiner and are willing to cooperate. Because the mere fact of asking the question is an encouragement to adopt the presupposed fact, a cooperative witness can unthinkingly adopt an unfair presupposition. Lawyers sometimes skew a witness’s testimony by asking a question which includes such a presupposition. Often the unfair suggestion takes the form of an adjective, adverb, or descriptive phrase. Sometimes the skewing of the testimony results from a poorly worded question; other times the lawyer is intentionally trying to manipulate the witness’s testimony.

As a cross-examiner you should always strive to make sure that, although you are attempting to coerce agreement with leading questions, you do not include unfair presuppositions in your question. At best you gain an unfair advantage; at worst you can be embarrassed when the distortion is exposed on re-direct examination. In the following excerpt from a cross-examination conducted in the Lindbergh Kidnapping Trial, the defense attorney introduces a distortion into the testimony. You may judge for yourself whether the distortion was accidental or intentional.

Probably the most important single piece of tangible evidence in the trial was known as “Rail Sixteen,” a board taken from the home-made ladder left at the Lindbergh home. A Government scientist had examined Rail Sixteen and determined that it had been cut from a board in Hauptmann’s attic. The appearance of the attic became important, and the prosecution sought to introduce a photograph of the joists in the attic to demonstrate how Rail Sixteen had been nailed to the joists. On cross-examination the defense attorney attempted to show that the photograph should not be introduced into evidence because it did not fairly and accurately depict the layout of the attic. The questioning went like this:

Q: And they [the joists] were carefully laid, I mean spaced evenly?
A: Yes, sir.

Q: So that this photograph, S-228, shows a distortion between the first floor beam, showing at the bottom of the photograph, and the second one from the bottom, isn’t that right?
A: Yes, sir.

Q: And then there is still a greater distortion from the second beam to the third beam?
A: That may be due to the photograph. That is—

Q: Well, there is a distortion, isn’t there?
A: According to that picture, yes, sir.

***
Q: *** Now then, there is less distortion between the third and fourth beam, isn’t there?
A: According to the picture, yes, sir.

Q: I am only talking about the photograph.
A: OK.

Q: Than between the fourth and fifth. So that when you get to the sixth beam it looks as if the top of the fifth beam was almost on the bottom of the sixth beam, doesn’t it?
A: Yes, sir.

[Having induced the witness to adopt his suggestion that the picture was distorted, the defense attorney now morphs “distorted” into “deceptive”].

Q: So that the photograph is incorrect, isn’t it, and deceptive.
A: I don’t know. According to the picture, yes.

Q: That photograph is deceptive, isn’t it?
A: Yes.

[So far, so good, but the prosecutor gets to ask a few more questions].

Q: Counsel asked you about the photograph. What you mean to say is that the beams on this end are closer to the person taking the picture?
A: Yes, sir. I believe that is what is known as prospective. Something like that.

By the defense attorney: Perspective.

The photograph is shown to be fair and accurate, the defense attorney is shown to have engaged in an unfair or unintelligent line of questioning, and the picture goes into evidence. MORAL: Be careful with the presuppositions you build into your questions. Make sure they are fair. You will save yourself some embarrassment.