DAVID BOIES, THE CASE AGAINST 8: CROSS-EXAMINATION AND TRUTH (PART 1) 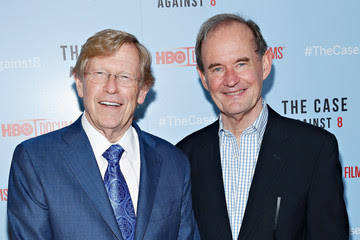 David Boies (preeminent trial lawyer in such cases as the Microsoft antitrust case and the Gary Shandling case - on the right in the photograph)  and Theodore Olson (former Solicitor General and opposing counsel to Boies in Bush vs. Gore) served as co-counsel in the California Proposition 8 case. Olson commented on how Boies cross-examined and deposed the defense experts in that case as follows:

“People think it happens all the time because it happens on television. What we used to call a ‘Perry Mason moment’ when the witness breaks down and confesses. That does not happen. But it sort of does happen when David does it.”

What does David Boies have as his goal when he examines opposing witnesses? Regarding his goal for examining witnesses, he made this observation about how he approached the experts in the Proposition 8 case: “Before you can get a witness to admit the truth you have to get the witness to understand what the truth is.”

In essence, when Boies deposes an adverse witness or cross-examines a witness, he seeks to have the witness admit the truth.

This is neither a new nor novel concept. In Francis L. Wellman’s Art of Cross-Examination, which was published in 1903 and is still in print, a New York trial lawyer Emory Buckner wrote: “More cross-examinations are suicidal than homicidal.” He attributed this to a mistake in conception as to the purpose of cross. Buckner explained: “The purpose of cross-examination should be to catch the truth, ever an elusive fugitive.”

The following is an example of Boies extracting the truth from a defense expert witness Katherine Kay Young in the case against Proposition 8:
Boies – Q: Do you believe that children are advantaged by increasing the durability of the relationship of the couple raising them?
Young – A: Yes

Q: And you believe allowing gay couples to marry will increase the durability of the gay couples relationships?
A: Okay, I’d say yes.

Q: And increasing the durability of these relationships is beneficial to the children they’re raising, correct?
A: On that one factor, yes.

Boies has described cross-examination in this way: “Cross-examination is probably the best we have to really get at the truth. We put somebody on the witness stand, call them to answer questions and it takes an extraordinary person to be able to successfully lie with out being tripped up.”

In Cross-Examination Handbook we explain not only why catching the truth is the primary objective of cross but also how to seize the truth from the witness no matter how clever or evasive the witness is.
Posted by Ronald H. Clark at 1:11 PM No comments: