If the witness interjects harmful inadmissible evidence in the nonresponsive answer, you must object in order to preserve the issue for appeal and prevent later use by opposing counsel, such as in closing argument. However, just because you can object, doesn’t mean that you should. If the testimony is nonresponsive but admissible, you are better off not objecting because opposing counsel can get it in anyway. You will only highlight it by objecting.

Two important considerations will determine your objection strategy. First, will the jurors react favorably? Is it apparent to them that the witness is dodging your question? Do they want you to cut the witness off? Second, is the judge fed up enough to sustain the objection? Ordinarily, the judge is more likely to side with the witness and rule against you. You don’t want both the nonresponsive answer of the witness and the judge’s adverse ruling allowing it. Therefore, lean toward resorting to the non-judicial countermeasures discussed in the next two sections and avoid going to the judge. However, if you are confident that the judge will sustain your objection and strike the answer, this countermeasure can help you manage the witness.
Posted by Ronald H. Clark at 3:58 PM No comments: 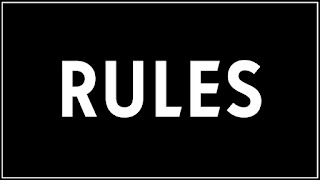 Advice from David Paul Jones’s Rules of Cross-Examination, a British barrister who wrote over a century and a half ago

1.                  Except in indifferent matters, never take your eye from that of the witness; this is a channel of communication from mind to mind, the loss of which nothing can compensate. Truth, falsehood, hatred, anger, scorn, despair, and all the passions--all the soul--is there.
2.                  Be not regardless, either, of the voice of the witness; next to the eye this is perhaps the best interpreter of his mind. The mental reservation of the witness--is often manifested in the tone or accent or emphasis of the voice.

3.                  Be mild with the mild; shrewd with the crafty; confiding with the honest; merciful to the young, the frail, or the fearful; rough to the ruffian, and a thunderbolt to the liar. But in all this, never be unmindful of your own dignity. Bring to bear all the powers of your mind, not that you may shine, but that virtue may triumph, and your cause may prosper.

4.                  An equivocal question is almost as much to be avoided and condemned as an equivocal answer; and it always leads to, or excuses, an equivocal answer. Singleness of purpose, clearly expressed is the best trait in the examination of witnesses, whether they be honest or the reverse. Falsehood is not detected by cunning, but by the light of truth.

5.                  But in any result, be careful that you do not lose your temper; anger is always either the precursor or evidence of assured defeat in every intellectual conflict.

6.                  Like a skillful chess-player, in every move, fix your mind upon the combinations and relations of the game--partial and temporary success may otherwise end in total and remediless defeat.

7.                  Never undervalue your adversary, but stand steadily upon your guard; a random blow may be just as fatal as though it were directed by the most consummate skill; the negligence of one often cures, and sometimes renders effective, the blunders of another.

8.                  Be respectful to the court and to the jury; kind to your colleague; civil to your antagonist; but never sacrifice the slightest principle of duty to an overweening deference toward either.

9.                  Thus, as you rise to cross-examine a witness, you should be armed with the skill to adopt the style required for this particular witness and jury, the technique to search out the truth, the knowledge of guidelines that have developed over the centuries, and, most important, the wisdom to discern the proper combination of style and technique you need to serve well the consummate role of the cross-examiner--the truth giver. 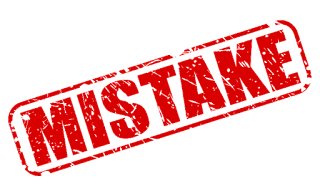 The error is grievous. It violates Irving Younger’s 7th commandment: “Don't allow the witness to repeat his direct testimony.” Younger’s commandment directs the cross-examiner  to focus on accomplishing the goals of cross-examination which are to gain concessions that either bolster the cross-examiner’s case theory or undermine the opposing party’s case theory. If the cross-examiner instead allows or causes the witness to repeat the direct examination which contains things favorable to the opposing party, the examiner is defeating the purposes of cross. Worse than that, the examiner is repeating the information which the jury has already heard and that repetition will make it stick in the jurors’ minds.

There are two exceptions to the rule that the cross should never repeat the direct. First, in those situations where the witness on direct testifies to information damaging to the other side’s case (such as when the other side it trying to pull the sting that is anticipated to be brought out on cross) or helpful to the cross-examiner’s case, then naturally it may be covered on cross. Second, in the odd case where the witness has been coached and memorized their testimony, the cross-examiner may want the witness to repeat direct. An example happened during the famous Triangle Shirtwaist Factory Fire trial when defense counsel’s cross revealed that a witness had been coached to give a memorized story by having the witness repeatedly tell her story in identical words during cross.