CROSS-EXAMINATION AND THE PASSING OF HERMAN WOUK 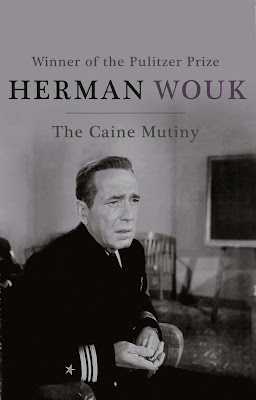 With the passing of Herman Wouk on May 17 at 103, we can remember his great masterpiece The Caine Mutiny about sailors on a World War II destroyer minesweeper who mutiny against their incompetent Captain Queeg. Wouk wrote The Caine Mutiny play and for a while worked on the script for the movie in which Humphrey Bogart gave an Oscar winning performance as Captain Queeg in the Caine Mutiny movie.

The basic facts underlying the court-martial case are that Lieutenant Stephen Maryk relieves Queeg of command of the USS Caine when Captain Queeg freezes up during a typhoon. Maryk has a belief from Queeg’s prior behavior that he is mentally unbalanced. Maryk is on trial for conduct to the prejudice of good order and discipline.

Time after time, Greenwald confronts Queeg with truths that Queeg must concede or stamp his answer as either a lie, mistaken or ridiculous. Why must Queeg concede? It is because Greenwald can prove what he is asserts either by circumstantial or direct evidence or by plain common sense. Greenwald knows the answers to every cross-examination question he asks.

It is Greenwald’s turn to testify, not Queeg’s. It’s his opportunity to lay out the truths. These truths all support the ultimate conclusion—Queeg is unstable and unfit for command.

Here are those truths: (1) Queeg steamed over the Caine’s tow line; (2) Queeg was distracted during the towing maneuver because he was reprimanding a seaman over an un-tucked shirt; (3) Queeg having just testified that Maryk was unfit had previously written a glowing fitness report about him; (4) Queeg ordered that the Caine steam ahead of an attack force, drop a yellow dye marker and retreat; and (5) Queeg was obsessed with a search for a key that would have led to a missing quart of strawberries when he had been told by an officer that the mess boys had eaten the strawberries. When confronted by Greenwald with the fact that the officer who told Queeg about the mess boys eating the strawberries could be called to testify, Queeg loses his composure, rolling two metal balls around in his hand as he babbles on (masterful performance by Bogart).