HOW TO START YOUR CROSS-EXAMINATION 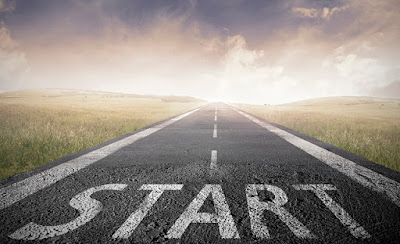 In his book Examining Witnesses, Michael Tigar recommends how to commence cross-examination. He borrowed the technique from Terry McCarthy and it bears repeating here again. You don’t have to be cross to cross-examine. Tigar states:

Face the witness. Smile at the witness. The smile need not be friendly, but it must be polite. Remember, you want this witness to agree with you. You will see British barristers take a superior attitude toward the witness, lofty and disdainful. You will see American lawyers – real or on television – sneering and snarling. Don’t do any of that. With whom will the jury identify in a contest between a witness who is just sitting there and a snarling, sneering, supercilious lawyer? Oh, maybe later, when the jury is brought along to your point of view, you can change mien. But, for now, a polite smile.

The next idea is borrowed from terry MacCarthy. Actually, all good trial lawyers have done what he suggests, but Terry has refined the technique into a “method.” The idea is this: Don’t ask questions. Make statements with which the witness must agree or suffer impeachment. Most good cross examiners use leading questions.

Q. You were in charge of the city’s oil properties, right?

Q. It was your job to review the prices the city was paid, isn’t that right?

You can even eliminate the words “right” or “isn’t that right.”

Stand up. If the rules where you practice require you to examine from a seated position, start your cross with a document or exhibit that requires you to approach the witness so you have a reason to stand. After the obligatory smile, look the witness in the eyes, and make a positive statement, all the while smiling and nodding.

Q. You were in charge of the city’s oil properties?
You reviewed the prices the city was paid for its crude oil?

If the witness agrees with you, but does not answer audibly, give a reminder.
Q. That’s “yes”?

This method is particularly effective when you are leading the witness through a series of assertions, each on part of a picture.

The last in the series illustrates MacCarthy’s shining example of brevity, a one-word question. Brevity is, however, not a result but a means. This style of questions encourages the witness to agree with you by a series of “yes” answers. It leads from point to point, giving the jurors a picture of the action.

Best of all, the method lets you jettison most of the ten commandments as unnecessary. You will almost automatically be brief, short, plain, and nonrepetitive. Because your statements are questions only because you verbally punctuate them as such, you are not likely to ask “one question too many,” “permit the witness to explain,” or “ask the witness to repeat” the direct examination.

If the witness does not agree with you, have your impeachment material ready . . .

Now this is advice worth repeating and repeating.
Posted by Ronald H. Clark at 2:16 PM