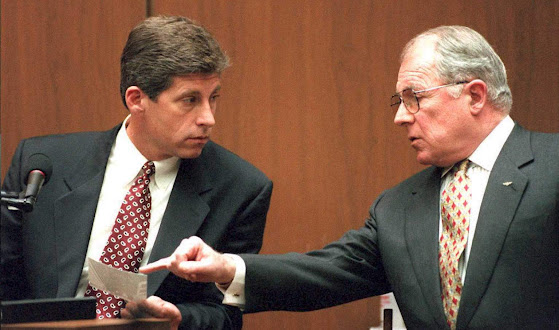 F. Lee Bailey’s cross-examination of Mark Fuhrman was legendary. It is a good example of an effective cross of a liar. In 1995, then detective Mark Fuhrman was testified about his discovery of evidence including a bloody glove in the O.J. Simpson case involving the murder of Simpson’s wife Nicole and Ron Goldman.

First, talk a look at a portion of the cross, and after you do we can examine Bailey’s techniques. Here’s an excerpt from the cross:

Bailey: Q. Do you use the word “n—” in describing people?

Bailey: Q. Have you used that word in the past ten years?

Q. You mean if you called someone a “n—” you have forgotten it?

A. I’m not sure I can answer the question the way you phrased it. Sir.

Q. You have difficulty understanding the question?

Q. I will rephrase it. I want you to assume that perhaps at some time, since 1985 or 6, you addressed a member of the African American race as a “n—“. Is it possible that you have forgotten that act on your part?

Q. Are you therefore saying that you have not used that word in the past ten years, detective Fuhrman?

Q. And you say under oath that you have not addressed any black person as a “n—” or spoken about black people as “n—” in the past ten years, detective Fuhrman?

Fuhrman was later convicted of perjury and sentenced to three years’ probation.

What techniques did Bailey employ in cross-examining this liar. First, he adjusted his demeanor to fit the witness, whom he knew was lying—Bailey was confrontational. Second, Bailey locked Fuhrman into the lie. Third, he used surprise—he didn’t telegraph to Fuhrman that he had both witnesses and an audiotape that would contradict Fuhrman. Cross by contradiction has been discussed here and in Cross-Examination Handbook as a very effective cross-examination impeachment technique.