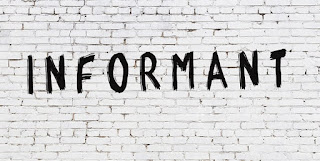 Randy Cox, a friend of mine and a trial lawyer in Missoula, MT, sent me an email telling the tale of a Chicago lawyer named Frank Oliver who defended a client against a federal prosecution that hinged on the testimony of one criminal informant. The defense was simple – can the jury believe the testimony of a paid government informant who was a self-acknowledged murderer, arsonist and thief.
Here is Randy’s email: This weekend, just for fun, I was reading some articles from one of Jim McElhaney's books and some old Litigation magazine articles. There is an article in the Second Edition of The Litigation Manual from the ABA and it’s about trying a criminal case where the government's proof rested on a man who, it was revealed on direct exam by the government, had committed or participated in four or five murders, roughly a half dozen arsons and bombings, 300 or 400 burglaries and about 200 armed robberies. On cross, the defense lawyer (Oliver) was asking him about the oath and asked him about having sworn to God to speak truthfully.
Q. Now this same God unto whom you have sworn to tell the truth is the very God whose laws and commandments you have violated repeatedly over the course of your entire lifetime. Is that right?
Gov't: Objection, Your Honor, to getting into his religious aspects here.
Q. He is the one that swore to God.
The Court: Overruled. He may answer.
Later, having established violation of "though shalt not kill" and asking about bearing false witness
Q. So you violated that commandment of God, didn't you?
A. Yes, sir.
Q. When you took that oath before this jury, you intended that the jury should believe that the oath had the same seriousness to you that it would to a human being. Isn't that right? {WOW!!]
A. Yes, sir.
Later,
Q. Do you have any idea how many kinds of crimes you have committed?
A. No, sir.
Q. Do you know of any crime whatever that a man could commit that is beneath you morally?
A. I don't know.
Q. There isn't one is there?
A. I don't know.
Q. You cannot think of a crime that would be below you, can you?
A. I imagine there is, but I don't know. One of the questions, having obtained agreement that he should be believed and trusted with this new identity is because he has had a "spiritual awakening when you came to perceive the difference between good and evil."
Q. So that whatever happened the day before, you were crawling evil, and then with this awakening, became a paragon of decency. Is that it?
A. Yes.
Q. That must have struck you as a remarkable day in your life, didn't it?
A. Yes.
Q. Did a light flood your soul?
A. No.
Q. You laugh?
A. Yes.
Q. You laugh because what I say is amusing, isn't it?
A. Yes.
Q. Because you cannot perceive of such a thing as a light of decency, isn't that right?
A. I can see decency, but I don't know about no light striking me or anything like that.
Q. You can see decency?
A. That's correct.
Q. Well, let's see. You said that there might be some crimes that you would not commit, right?
A. That's correct.
Q. Rape is one of those crimes that you would not commit, is it?
A. I don't ever remember doing it.
Q. You don't remember whether you committed a rape or not?
A. That's correct.
Q. Is it something that just kind of could have happened and slipped out of your mind?
A. I never raped nobody, if that makes you happy.
Q. What causes you to suppose that anything you could possibly say would make me happy?
A. I have no idea. He then goes on to establish some particularly vile circumstances of rape of a woman who was a little "off," a little "crazy" and her husband was his friend and "Before your friend's body was lowered into his grave, you carnally knew and violated his widow."
How much fun would that be??
In final argument he talked about the government’s witness as “evil” and said, among other things, “You cannot use evil to achieve anything good. No, not even if you are a federal prosecutor.”
Posted by Ronald H. Clark at 10:46 AM